When Will Things Get Back to Normal for Auto Repair Shops?

In most states, governors are looking at the new infection data presented to them each day, trying to answer the unanswerable: which restrictions should be lifted, and when?  If they move too fast, there’s a strong possibility that everything will get shut down again.  If they move too slow, millions of more people will needlessly lose their jobs. 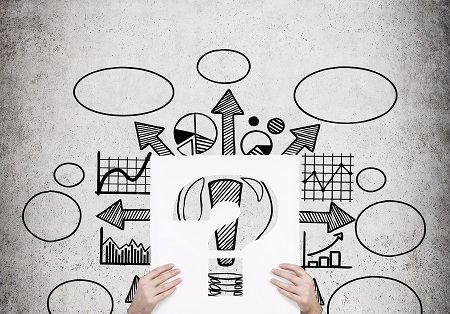 People will make their own decisions about what safety looks like.  Some are quickly trying to return to their lives already, unconcerned about what the government says.  A much larger number, however, are likely to be morecautious than their state’s guidelines.  And whatever your state’s “final” stage of lockdown is, you won’t likely be able to enjoy a major-league sports game in the stadiums the week you reach that stage.  It’s going to be a long time until things get back to normal.

It boils down to this – if a person is mostly staying home, they probably aren’t going to be visiting your shop.

As soon as the “official” lockdowns end, businesses will be turning their eyes towards their customers.  When will they decide to get back out and live their lives?  That depends on where the infection numbers go.

Nobody knows where those numbers will go – but here are three factors to consider as you try to forecast your revenue over the coming months.

More than 90,000 people have died from COVID-19 in the US.  There is no doubt that it is extremely dangerous.  That doesn’t mean that it puts everyone in the hospital.  In fact, 25% to 50% of people who got COVID-19 didn’t realize they were sick.  They certainly didn’t get a test.

In the early days, people who felt like they had a bad cold, got a high fever, or lost their sense of taste also didn’t get a test.  There just weren’t enough tests for that.  Mild and moderate cases of COVID-19 were not being confirmed.

Any good analysis of what’s happening in your state won’t just throw out some large number of new cases.  It will also consider what percentage of people being tested are positive for Coronavirus, which will hopefully be going down every week.

We don’t know the tipping point.

The reason we’re opening in phases is that no one really knows what activity is going to lead to a breakout.  Otherwise, government would just ban those specific activities and open everything else up.

A recent article claimed that significant indoor spread is fairly unlikely in most casual circumstances,  while another said talking for one second can emit enough particles to infect someone, and that those droplets can stay in the air for fourteen minutes.

We just don’t know what, if anything, is going to send the new case number skyrocketing.

Bouncing back and forth between a mostly open economy and a mostly closed economy would be miserable, especially for businesses.  But there’s a chance that it could happen, causing yet another unplanned disruption to your car count.  There are significant steps left to take between our current status and something “close to normal”, and any of them could be the straw that breaks the camel’s back.

None of this is black and white

If most businesses are closed in your state, it probably feels like someone flipped off the light switch.  When the shutdowns first occurred, you likely went from fixing cars to spending a lot of idle time in the shop (or shutting it down entirely). Chances are good that you haven’t made nearly as much money as you would have hoped over the last two months.

As long as the people in your area aren’t resuming their normal lives, all businesses will be impacted.  Whoever the biggest employers are in your town, it’s going to affect you if they aren’t open. Whether that company’s employees are your customers, or your customers’ customers, it’s going to impact how much money people around town have to spend.

If most of your potential customers are working from home, they aren’t driving their vehicles nearly as much. And a vehicle that isn’t driven isn’t likely to need repairs.

The good news is that, no matter what the impact is, you can make decisions now that will influence how your repair shop fares in 2020.  Expenses may need to be quickly adjusted as your local economy changes from week to week or month to month.

The most important thing is to take the steps you need to take to make sure your employees avoid becoming a statistic while they’re at work.  Businesses that are thorough in planning (and executing) ways to minimize co-workers’ physical interactions are less likely to have a COVID-19 breakout imported into their shop by an employee that “felt fine until later that day.”

Spread to other employees or customers would be terrible news for the shop, even if they had few or no symptoms.  While a work-from-home order has been devastating to many small businesses across the country, a local reputation as “the COVID shop” would be far worse.

To learn how Repair Shop Websites can help your business earn more business through your web presence, call us at 855-394-6397 or email us at Team_RSW@RepairShopWebsites.com.