What New Vehicle Technology Will You Be Repairing Five Years From Now?

Vehicles are lasting longer than ever without requiring a major, unjustifiable repair, which is great news for independent repair shops.  It’s not great news for new vehicle dealers, which are having to work harder than ever to convince people to buy a new vehicle to keep their vehicle sales up.  Since they can’t rely on old vehicles falling apart as easily as they used to, they’re having to lure customers who have old (but functional) cars with new technology that improves the driving experience. 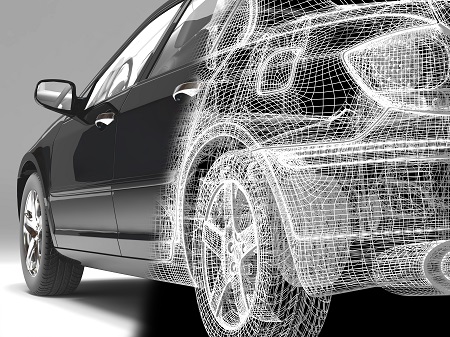 Here are two technologies which are picking up rapidly in the new vehicle market – and one that isn’t.

The average smartphone user is on their phone for more than 4 hours a day – one out of every four minutes they’re awake. The problem is that driving a vehicle and operating a phone don’t go together well.  Anything that new vehicle manufacturers can do to provide safer functionality from a driver’s phone will not only make their experience better, it will also keep people on the road alive.

Many newer vehicles have Apple CarPlay and/or Android Auto, which makes it far easier to communicate with your phone using your vehicle.  You can use voice commands along with buttons on the steering wheel to get directions, make calls, listen to music stored on the phone or even send and receive messages.

With more and more phones supporting wireless charging, some of the newest vehicles have a location near the armrest where a phone can be laid to charge wirelessly.  Pairing a phone is also being made easier.  While most cars require any unrecognized phone to go through a pairing process, the 2018 Accord has a place on the dashboard where you can tap your phone against to pair it automatically.  Anything that makes it easier to use a smartphone’s services without having to touch the smartphone itself will be a selling point for new vehicles.

Arizona’s recent order allowing fully autonomous driving was quickly followed by one of Uber’s vehicles hitting and killing a pedestrian.  Uber’s rights to test in Arizona were suspended, but Google and others are still testing vehicles both in Arizona and in California, with Texas tests coming soon.  All of these companies are aiming for fully autonomous vehicles, but there’s plenty of debate about when they’ll get there.

That debate isn’t beside the point – but it’s close.  Vehicle manufacturers don’t have to wait for fully autonomous driving to implement the self-driving technology.  Since the advent of cruise control, cars have come a long way in driving themselves.  Even mid-range cars now have lane assist, which prevents vehicles from switching lanes into a vehicle.  Some vehicles will automatically break if the vehicle in front of them slams on breaks, avoiding a wreck before the driver has even had time to react.  The most recent news is that Cadillac’s 2018 CT6 will include Super Cruise, which advertises hands-free driving but requires you to keep your eyes on the road (and in-vehicle cameras will make sure you do).

All of these systems are appealing to customers who want to stay safer.  As they become more hands-off, they’ll become more appealing to customers who want to relax while they’re in the vehicle.  And all of these are very complex, high tech systems that rely on LIDAR hardware and processors from companies like NVIDIA who have their roots in computers and data centers.  Shops that want to serve customers with these vehicles in the coming years will need technicians with plenty of training in systems that aren’t even fully developed as of 2018.

One area that’s received more press than it probably deserves is electric vehicles.  While they’re certainly becoming more prominent, they’re still a relative rarity, and they will continue to be for the next several years.  These vehicles aren’t projected to see an exponential uptick in sales until after 2025 – and even then, they’re most likely to be prominent in countries with very strict pollution rules due to smog, such as China and India.  They’ll likely continue to represent fewer than 10% of all vehicles sold through at least 2025, and possibly through the end of that decade.  Still, if you’re in an urban area and are able to position your shop as the independent shop of choice for this niche market in the next few years, your profit margins will probably thank you.

To learn more about how Repair Shop Websites can help your shop succeed, call us at 866-665-1605 or email us at Team_RSW@RepairShopWebsites.com.