Kuchta’s Automotive is a great place to take your domestic or import vehicle in Maple Heights, Ohio . Even though their specialty is front end work they can also work on brakes, oil changes, tires, alignments, transmissions and much more. When it comes to your vehicle trust the experts at 14255 Granger Road or call them at 216-587-5626

Wayne’s Towing LLC is locally owned and operated at 300 Millville Ave Suite B, Hamilton OH 45013.  Your needs will be met with professionalism, honesty and timeliness when you are in a bind or need your vehicle relocated.  Wayne’s Towing offers towing, towing and recovery, emergency roadside assistance and will be happy to help you out in your time of need.  Please call 513-844-2500 for all your towing needs in Hamilton OH!

Low unemployment is making hiring difficult for nearly any role, but it’s especially difficult in the automotive repair industry. There are simply not enough new skilled technicians entering the field to replace those that are retiring. Does your shop have a plan in place to stay well-staffed in this challenging environment?

• Prepare for hiring success before you ever advertise job openings at your repair shop
• Determine a person’s capability for success, not just their technical competence
• Ensure that your new hires will become more than employees, but a part of your team

If you want to learn best practices for recruiting and retaining skilled technicians, watch this recording now:

Posted in Webinars, Webinars | No Comments

For those of you in the Chicago IL area in need of  an expert auto repair shop, look no further.  Please stop by and visit us at American Auto Repair & Tire dba Expert Auto Centers as we offer not only Senior Discounts but also offer Chain Store Discounts and honor Customer Loyalty Discounts.  We specialize in alignments, brakes, tires, transmission services, electrical services, electronic services and lots more.  Stop by our shop at 5351 S Pulaski Road Chicago IL 60632 or set up an appointment by calling 773-582-2222.  We hope to see you soon.

Whether you drive a foreign sedan or a domestic truck, you’ll be able to get help with any make or model of vehicle at In-N-Out Automotive Repair. We are an ASE certified auto repair shop located at 720 N Baldwin Ave Marion, IN 46952. With our professional, reliable, and fast repair service, you’ll be able to get your vehicle back on the road quickly. Our experienced team can handle everything from Oil Changes, Routine Maintenance, Brake Services, Auto A/C & Heating Services, Tires, Alignments, Flushes, Engine Repair & Maintenance, and Vehicle Diagnostics. We are ready to provide you with affordable service for all of your vehicle repair and maintenance needs, call us today at 765-573-6529.

Columbia Car Care and Fleet Specialties is the place to go in Columbia, Missouri. They are the leading shop in the town when it comes to car & fleet care. The owners of the shop are friendly as well as their staff and really know how to make you feel like your car is in good hands. Some of their services include tires, brakes, oil changes, engine maintenance, transmissions and much more. Stop on by the shop at 900 Old 63 North or call the shop at 573-499-0004!

Why Buying Fake Reviews Is a Really Bad Idea

Have you ever seen a repair shop that had a terrible online rating, and suddenly had a great one?  It’s hard to turn a terrible rating around in a few days – you have to have five reviews before Google will show your star rating, so if a repair shop has a two star rating, it’s going to take much more than a single positive review to push it up above a four.  Often, these companies have a “sudden burst” of positive ratings.  The grammar is questionable in the reviews.  The people posting the reviews are not nearby, and they all say the same thing.

The reviews are fake. 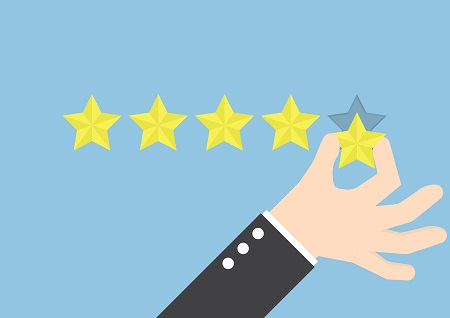 If you’re competing with one of these businesses, this is extremely frustrating.  They’re cheating their way to the top by hiring people to lie about their business.  Meanwhile, you’re providing honest, quality service and you’re sitting below them with a 4-star rating.  It might seem like these shops are beating the system – but it probably won’t last forever.  Besides being unethical, it’s also a bad idea.

First of all, it’s illegal.  Just last month, someone was sentenced to 9 months in jail in Italy for writing fake TripAdvisor reviews – for fraud.

Finally, it can be expensive.  Both the government and online review directories can and have sued for posting fake reviews.

Of course, if bad reviews have taken a toll on your business, there are other legitimate ways to improve your reputation.  The easiest way is to ask for reviews from your best customers!

Our integrated reviews service does just that – it asks customers how they felt about your service, and requests that the happiest customers leave legitimate reviews on online directories like Google, Yelp and Facebook.  When customers indicate they are unhappy, you’ll receive a notification to contact them, so the issue can be corrected before they post negative information about your business online.  This service will make your reviews more positive over time, while also giving you a chance to address any negative perceptions about your company that exist among former customers.

To learn more about online reviews and legitimate ways to improve them, call us at 866-665-1605 or email us at Team_RSW@RepairShopWebsites.com.

Adam’s Auto Repair is a full-service preventive maintenance and auto repair center that has been serving the Mount Pleasant area since 2011. We have the staff, skills, training, and equipment necessary to perform all required maintenance on your vehicle. We provide a range of services, including Alignment, Brakes, Tires, Engine & Transmission, Engine Maintenance, Transmission Services, 4×4 Services, Heating and Cooling Services, Electrical Services, and Electronic Services. Stop in the shop at 4315 Corporate Drive Mount Pleasant MI 48858, or give us a call at 989-317-0494 to let us know how we can help you!

At HonDoctor Auto Care we have experience servicing all makes and models of domestic and import vehicles, but we specialize in Hondas and Acuras, and we’re honored to keep vehicles throughout the Kingsport area reliable and well-maintained. We offer services that range from auto maintenance, brakes, tires, a/c repair, check engine light diagnostics, oil changes, engine repair & service, factory scheduled maintenance and more! Our skillful mechanics will take great care of your vehicle too, quickly diagnosing any problems and offering cost-effective solutions to get you back on the road. For expert auto repair in Kingsport call us at 423-631-1168 or visit us at 334 Lynn Garden Dr, Kingsport TN 37660.

Fast friendly service is what you can expect when you stop on by Aid Tire & Auto Repair in Lynchburg, Virginia! These mechanics have exceptional service skills when it comes to your vehicle and you! Some of their services include tires, brakes, engine maintenance, and much more! Stop on by the shop today at 21632 Timberlake Road or call them today at 434-239-8473.