Simmons 4×4 Automotive Repair Center | From the Family Car to Your Favorite Hobby, We Do It All & We Do It Right!

Simmons 4×4 Automotive Repair Center is the best place in Tuscon, Arizona to get your vehicle repaired and maintenance! Located at 3743 S Country Club Rd, these mechanics really know how to diagnose a problem and fix it! They even have their own Car Care Shop Talk on 104.1 KQTH! Stop on by the shop if your car is in need of 4X4 Services, brakes, oil changes, engine maintenance, electrical work and much more. So stop on by or call the shop at 520-884-0217 today!

Shops were asked to rank how much they spend on each of seven categories of marketing, with 1 being the highest and 7 being the lowest.  Online related activities, such as website development, online review platforms and online advertising was by far ranked the highest expense among respondents.  Email platforms and social media activities ranked second, and all other non-online activities were ranked behind these two. 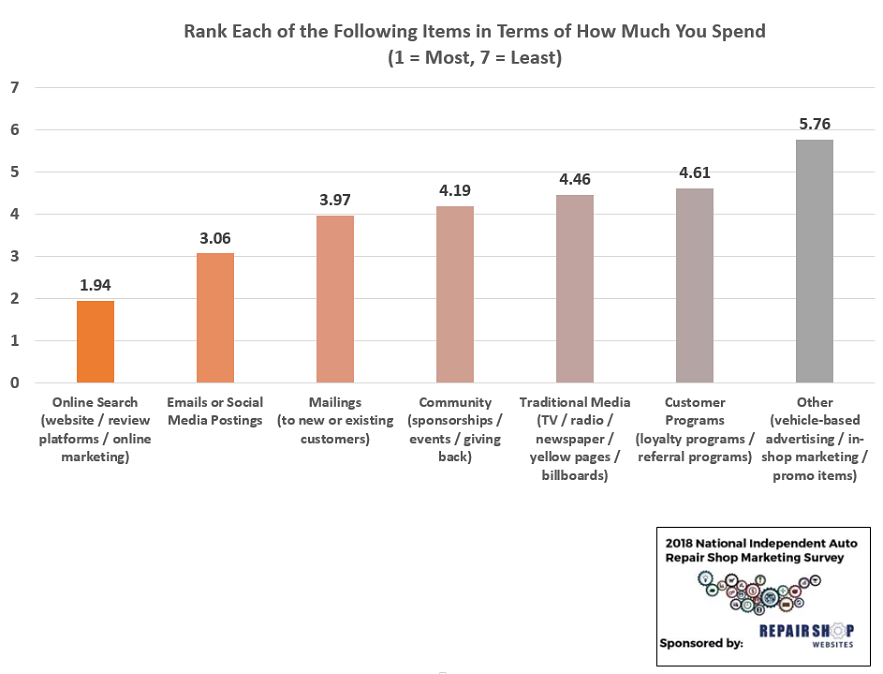 In terms of satisfaction, 60% of respondents report being very happy or mostly happy with their return on investment for activities in the Online Search category.  Ninety-four percent of respondents used some form of online search marketing for their repair shop, even if that was just a one-page website.  Only six percent reported being unhappy with their return on investment for those activities, with a further six percent claiming they don’t use online marketing at all.

It’s been two years since VistaPrint commissioned a study which found that nearly half of the public wouldn’t do business with a company that had a badly designed website, including 95% of Millennials.  An online presence that checks the basic boxes (such as the shop’s location, the services provided and usability on a mobile device) has become an essential part of attracting new customers.  While it’s still easy to spend too much on Google Ads or custom design services, great organic search results are extremely valuable for any shop who needs to increase their car count, and there’s no better way to do that than having a great website.

To learn how Repair Shop Websites can provide a powerful and affordable way to attract new customers to your shop, call us at 866-665-1605 or email us at Team_RSW@RepairShopWebsites.com.

A&B Car Experts is the automotive expert in Round Rock. Since, 2008 we’ve provided the Round Rock area with reliable, affordable automotive maintenance and repair services. We have experience servicing all makes and models of domestic and import vehicles, and we’re honored to keep vehicles throughout the Round Rock area reliable and well-maintained. Our services include hybrid vehicle repair, hybrid vehicle battery repair, oil changes, brakes, tires, alignments, check engine light, and more! Call us at 512-326-1085 or visit us at 1915 N Mays St, Round Rock TX 78664.

Marketing Your Auto Repair Shop to All Generations

As much as people complain about differences in the values held by each generation, in reality it has more to do with their age.  As generations grow older, they find themselves interested in the same things as their parents were – for millennials, this means leaving the big city and moving to the suburbs, where they can raise a family.  (And if they didn’t already, they’ll need a car to get around, too.) 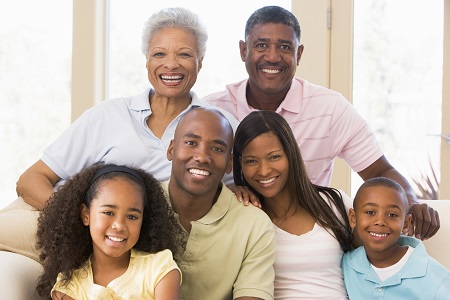 People born in the mid-40s to the mid-60s made it all the way through college without having to use a computer.  They were advanced in their career before the internet or smartphones were required to be successful.  As a result, most baby boomers don’t rely primarily on the internet for their information.  Boomers are more likely to prefer to communicate via phone or email rather than text messaging or social media.  They respond to traditional media such as mailers and television or radio ads, and respond well to discounts.  Internet advertising is less effective for most boomers.

Generation X are those born from the mid-60s to the early 80s.  This generation was exposed to technology earlier in their careers, but spent more of their formative years without the internet, which wasn’t widely available until the late 90s.

The good news is that this group can be reached either through new or traditional media – although internet advertising is more efficient, they also watch TV and respond to mailers.  The bad news is that this group was exposed to so much marketing during their lives that they became very cynical and distrusting of it.  The more “sales-y” your marketing is, the less effective it will be.

Millennials were born from the early 80s to the early 2000s.  Many of them have never known a time when the internet wasn’t their primary source of information and entertainment.  Most have been using social media since they were old enough to drive, and they use it regularly.  Traditional media is mostly ineffective for this group, because they don’t use it – even if they watch TV shows, they’re more likely to stream them over the internet than to tune in when the show first airs.

Like all generations when they were young, they are also more idealistic than older people.  They want to support responsible businesses who help their employees and contribute to their community.  They won’t do business with people they think are uncaring of their employees or their community, even if it will save them money.  To attract Millennials, be honest, be positive, and most of all, you need to be marketing your services online.

To learn how Repair Shop Websites can help your repair shop gain more business, call us at 866-665-1605 or email us at Team_RSW@RepairShopWebsites.com.

Repair Shop Websites Webinar: Competing with the Dealership Across the Street

Are you wondering how your auto repair shop can compete with the dealerships who have big marketing budgets? Are you worried that your car count is limited because of the bigger shop or business across the street?

You don’t have to settle for less. Watch our webinar recording on “Competing with the Dealership Across the Street” to learn about how your independent auto repair shop can effectively, and successfully compete with that nearby dealership.

Posted in Webinars, Webinars | No Comments

The Best Friend Your Car Ever Had

Dave & Pat Seydel Auto & Truck has been a staple of the Iowa City automotive scene since 1973. We’ve spent this time proudly serving the Iowa City area and have become a valued part of the community. Our certified technicians will take care of your car like it was their own. Some of our services include inspections, brakes, diagnostics, check engine light, oil changes, engine repair & maintenance, transmission maintenance, a/c and more! Our custom hydraulics division provides a wide selection of hydraulic and industrial hoses. Visit us at 917 Maiden Lane, Iowa City IA 52240 or call us at 319-351-6805. Seydel Auto & Truck is “the best friend your car ever had.”

Tips on Hiring Superstar Techs and Advisors in Competitive Times

The following article is a guest post from Bob Cooper of Elite.  It originally appeared in Elite’s Auto Shop Idea Center.

One of the single greatest challenges shop owners face today is finding and hiring the superstars. Regardless of whether you are looking to hire technicians or service advisors, here are some tips that will help you hire the stars. 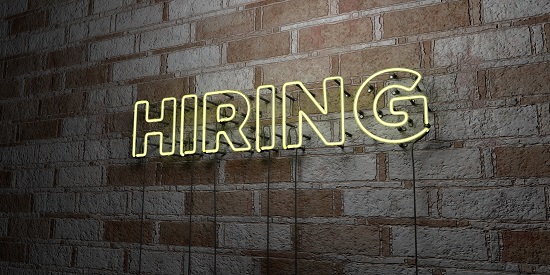 Since 1990, Bob Cooper has been the president of Elite (www.EliteWorldwide.com), a company that strives to help shop owners reach their goals and live happier lives, while elevating the industry at the same time. The company offers coaching and training from the industry’s top shop owners, service advisor training, peer groups, along with sales, marketing and shop management courses. You can contact Bob at contact@eliteworldwide.com, or at 800-204-3548.

Posted in Blog, Uncategorized | No Comments

Bad Customer Service is Like Setting Money On Fire

It’s hard to set a quarter on fire.  But it’s not hard to set a quarter of your revenue on fire!  In fact – auto repair shops do it all the time.  According to an American Express survey conducted several years ago, each year 55% of people intend to make a purchase but then decide not to do it based on bad customer service. 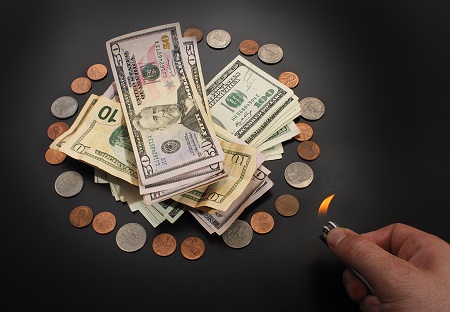 How confident are you that poor customer service in your shop isn’t preventing your customers from coming back?  Maybe one of your techs was pleasant, but distracted.  Your service adviser may have put a customer on hold for too long, or not given a thorough answer when asked.  None of these are cardinal sins of customer service such as being rude or hanging up on customers. But they could be enough to scare a customer off from an oil change – or a transmission overhaul.

We’ve talked about the importance of phone skills before, and even provided some of the most important ones in an infographic.  But if you’re not making all of the calls yourself, there’s no way to know whether attention, focus and helpfulness are consistently shown over the phone except by listening to the calls yourself.  This is especially true if the person answering the phone is also responsible for customer service inside of the shop – it’s difficult to do two things at once, but that doesn’t stop the most well-intentioned service adviser from trying.

Take an hour in your shop to listen to your employees answering the phone and communicating with customers.  You may be able to do this from your office – if not, Repair Shop Websites offers a call-tracking service that will record inbound calls from  your website.  Ask yourself “If I had called about something I didn’t understand and asked for help, would I trust this shop to take care of me?”  If not, it might be time for some customer service training!

To learn how Repair Shop Websites can help your company gain more customers, call us at 866-665-1605 or email us at Team_RSW@RepairShopWebsites.com.